Sorry for the hiatus.  Life got a little complicated for a couple weeks.  I'm back now and ready to give you the info on PINS (pre-incident indicators).

In my post, Intuition, I share a story from Gavin De Becker's book "The Gift of Fear."  In the story, a woman named Kelly ignores her intuition and nearly dies at the hands of a serial rapist because of it.  Read that post if you haven't already (or again to get it fresh in your mind).  I'm going to walk you through step by step to talk about each of the pre-incident indicators in the story.

"We get a signal prior to violence," Gavin says. "There are preincident indicators. Things that happen before violence occurs."

The first sign Kelly receives is minor but important.  She dislikes the man's voice.  Intuition was sending out a signal that something wasn't quite right.  In this case, as you recall, the man had been waiting in the apartment building before Kelly entered.  Her intuition was reminding her that she latched the door behind when she came inside.  Distrust him!

Next, the man offers to carry up her groceries.  This is loan sharking, a PIN.  If she gives in and allows him to carry her groceries, she will feel she owes him a debt, so to speak.  He will collect in any way he sees fit. 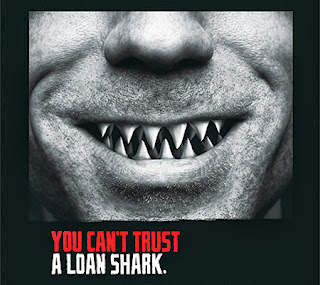 She refuses more than once, but he continues to insist that she allow him to carry them up.  Discounting the word no is another pre-incident indicator.  He claims he is also going up to the fourth floor and is running late due to a broken watch.  Too many details.  Another PIN.

He implies that she is being too proud.  Typecasting, a PIN in which the man tries a slight insult with the hope that his victim will wish to prove it inaccurate.  Kind of like reverse psychology.  In this case, it works.  She allows him to carry the groceries so that she won't come across as proud and/or rude.

"We better hurry," he says, "We've got a hungry cat up there!"  This is a PIN called forced teaming.  He says "we", as if they were in the experience together.  This makes it harder for the victim to call the shots because now they perceive themselves as part of a team.

She's still feeling apprehensive of the man, but she shakes it off and scolds herself.  He's so nice!  And he's only trying to help.  Wrong.  He's a charmer.  He is attempting to charm in order to control her actions and force her guard down.  Charm and niceness are two other PINS. 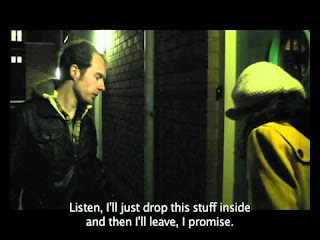 After arriving at her apartment, she thanks him and tries to take the groceries from him, but again he refuses to hear the word no.  She hesitates (a messenger of intuition).  "Hey, we can leave the door open like ladies do in old movies. I'll just put this stuff down and go. I promise."  The unsolicited promise is yet another PIN, and no actual guarantee he'll do as he said, as Kelly learned the hard way.

It's worth noting that each of the PINS mentioned in this post occur in every day life without sinister intent.  But when the gut feelings and other messengers of intuition begin to stack up along with PINS, get out of there fast!

Until next time, stay safe!
Posted by Unknown at 4:30 AM